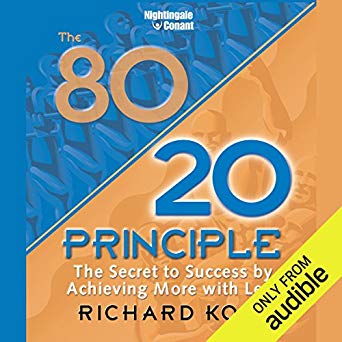 In the video below, Professor Ryan goes into some detail regarding how the Pareto Principle can be used to improve your jiu jitsu game. As he states in the video, if you know one hundred moves, maybe ten of those moves would account for 50% of your success on the mat.

To take this further, the 80/20 principle finds that it’s actually 80% of your effort that will lead to 20% of your success.

So what does this mean? Essentially that you should identify the moves that lead to your greatest successes, and concentrate your training on those moves. Not the exclusion of others of course. You’ll still want to learn new stuff, refine moves that maybe aren’t coming as naturally, etc. But the core of your training should be focused on improving those moves which are already winners for you. At least according to the Pareto Principle.

Professor Ryan gives one caveat in this video: if your best moves are complex moves such De La Riva, at the expense of fundamentals, then you should really focus on sharpening up your fundamentals. You may be a wizard at flying armbars, but those kinds of moves will never be as high-percentage in success as a good old-fashioned Mata Leão.

One thought on “The Pareto Principle for Jiu Jitsu”