DPS Breakdowns just posted a video breaking down how to do and use a Funk Roll in grappling. If you’re not familiar with DPS Breakdowns, you should head over to their YouTube channel, tons of great videos, a lot of very technical, high quality analysis. Dan from DPS breakdowns is a high level competitor in Brazilian Jiu Jitsu and has great insight into the finer details of the game.

The Funk Roll is a roll that according to Dan has 3 objectives:

From the video blow it seems like an important aspect of the funk roll (or arguably the sole reason to do this move) is to counter a take down with the funk roll, and then establish control of your opponents leg(s) or hips so that they can’t establish their own base, which kills subsequent take down attempts and opens other possibilities.

See the full breakdown below: 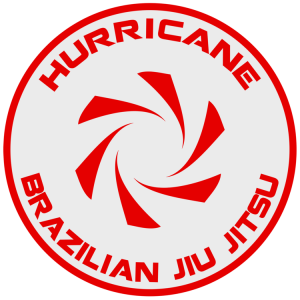 Excellent interview from Tim Krukowski (formerly of the band Sponge). I’ve been watching videos upon videos of Chris Haueter since his last seminar. So much good information out there from this guy, and he’s got great stories to tell. This is one of my favorite interviews with him so far.  The topics range from art, to philosophy, to music, to jiu jitsu. Very entertaining. 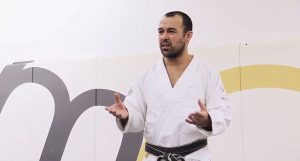 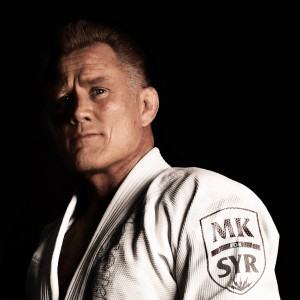 I just got back from a seminar put on by Chris Haueter at the Fight Gym in Chagrin Falls, Ohio. This is the second seminar I’ve attended with Haueter, and I said the same thing last time, I wouldn’t miss a Chris Haueter seminar when he comes around. Both times that I’ve attended his seminars I’ve had several “ah-ha” moments, which totally makes the price of admission worthwhile.

This seminar we focused on the rear naked choke. We spent a little time in the beginning of the seminar after our warm up talking about how to control our partner when we have back control. Haueter spoke about the importance of controlling our partner’s hips by pushing our hips right against their tail bone and using our legs to keep their hips pulled back into ours and to the ground. We spent some time with our partner trying to escape while we attempted to hold them in place. It was pretty amazing how much control we had this way, without even really needing to use our arms that much to control their upper body. Typically we’re taught to get a seat belt grip to maintain control but by controlling their hips with our legs we didn’t seem to need that grip to maintain control.

END_OF_DOCUMENT_TOKEN_TO_BE_REPLACED

John Lawrence from Hurricane Jiu Jitsu shows a pressure pass when confronted with a De La Riva guard. Pressure passing is my favorite way to pass so I’m especially interested in this way of beating the De La Riva. I have been trying to step out of it with varying success, I’ll be curious if pressuring in will increase my success with passing this guard. 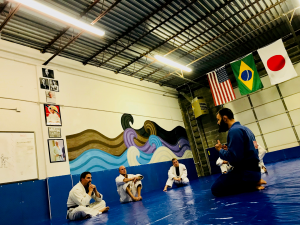 Scott Burr from the Fight Gym discusses Kuzushi (unbalancing an opponent) from the closed guard.  This is an important concept, not only because breaking an opponent’s posture is important when they’re in your guard, but also because doing so leaves you vulnerable to headbutts. I’ve almost received accidental headbutts when rolling from trying to break an opponent’s posture when they are in my guard, so I can imagine in a real fight that a headbutt would be a real option for someone if they wanted to do some damage from that position.

Check out the details in the video below:

Scott Burr is a Jiu Jitsu Black Belt, Judo Black Belt, Steve Maxwell certified trainer and  a black belt in Kuk Sul Do. He is also the author of the novel “Bummed Out City”.