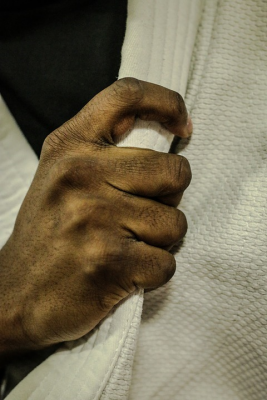 A buddy of mine that I train with is a black belt in judo, and he was coaching me on some grip fighting fundamentals that he learned. He was showing me how it’s better to have a higher, inside grip on the lapels, and various ways of fighting to get two on one control. During rolling he got his grips and hit me with a cool sweep, the “Double Tap Foot Sweep” (found an instructional video by Jack Hatton posted below).

Through talking with him I realized that grip fighting is much more complex and cool than I was aware. It’s like a mini-chess game in the bigger game of grappling. Usually when I think of Judo techniques I’m thinking of the endgame, the throws, but now I see that there is an important game in fighting the grips.

So this sent me down a YouTube rabbit hole. I stumbled across some videos by Jimmy Pedro, and an instructional DVD that he released, “Grip Like a World Champion“.  Jimmy Pedro has a lot of instructional content posted on YouTube, all of which has been very helpful to watch. I’m looking forward to getting his DVD and seeing what’s in there. 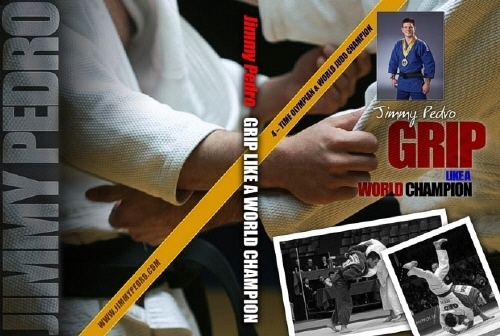